← New Games You Say… They Released WHAT!? 9/10 Releases
Adventure Time! Not The Show.. Atelier Totori Plus – Mini Review? →

To get in the Killzone while Playing Hockey with a Puppet? Mini Reviews!!

Recently I played Killzone Mercenaries, NHL 14 and The Puppeteer… What did I think about all these shenanigans? 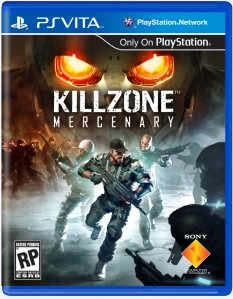 Do you like shooters? Do you like the vita? I bet you don’t like the vita.. You are a horrible person for not liking the vita! Killzone Mercenaries released last Tuesday in the states.. The great people at Gamefly shipped me out a copy Monday!

So I get it in Wednesday, I start up the campaign.. Then a few hours later I am finished. The campaign in this game is short.. like 3-4 hours long tops.. This inst bad.. Its a handheld release..  Graphics are good, controls take a little bit to get use to at first.. but they grow on you… and I am not going to lie.. The game has some flaws.

I like how you can buy weapons and side items..  But I was kinda disappointed that you could not get a enemy weapon.. Yes the chest shop is everywhere to buy and switch but… What about all those enemies I just killed! Why cant i have his sniper rifle or shotgun!

Its more of a nitpick then a problem… Other then that.. Solid campaign with twist.. The main reason of the campaign in all reality is to get you ready for online…

Should you play it?

Sure.. Its fun… Its not the Vita savior though..Looks great and plays fine.. 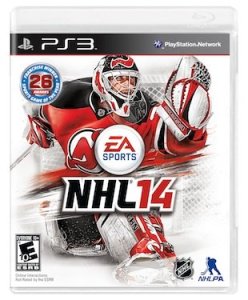 Now I did play one full game.. I played the NHL 94 Anniversary mode..  First off.. It does not look like how it was in 94.. but it was fun as HELL! Yes… It really was.. Fist fighting every few seconds was awesome.. I actually won the game.. If EA would like to just release that mode on the psn.. I would buy it..

Maybe you like Puppets? Maybe you like puppets from out of no where? This game.. It is the spotlight of the week.. This poor game is getting no ads… Most have no clue that it is out.. or that it is no longer a move only release.

Puppeteer could be sleeper hit of this year.. Why do I say that? This game is magic.. It feels like the first time you played Little Big Planet.. It feels like something that should be in the LBP world almost.. You are watch a story unfold. You are interacting with that story… Its a bit weird…creepy at times.. But it has such a charm to it.. It is not a kids game..

The game is challenging.. It also looks to have some length.. With almost 7 or so acts.. and Each act has around 3 chapters.. Each chapter can take almost 20-30 minutes to complete so far.. Just reaching into Act 2 part 2..

I am not finished yet.. But should that stop you from checking it out.. No.. You should check it out now!!

← New Games You Say… They Released WHAT!? 9/10 Releases
Adventure Time! Not The Show.. Atelier Totori Plus – Mini Review? →