← Vita on TV! or how Sony Thinks the Vita might be Ouya…
To get in the Killzone while Playing Hockey with a Puppet? Mini Reviews!! →

New Games You Say… They Released WHAT!? 9/10 Releases 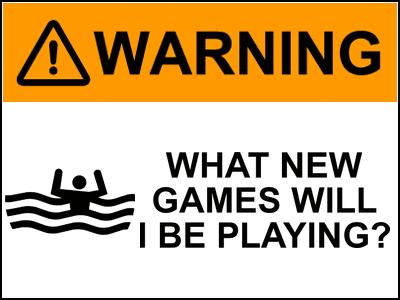 Its that time of the week again… Tuesday… What Will I be checking out this week… Just horrible games.. Maybe…

A FPS shooter for the vita with very little advertising on Sony part.. Its Killzone.. Why don’t you have ads on TV for this or something.. You want it to sell or not? So far.. People like what they are playing..  Will it sell a ton of copies… We will just have to wait a week or so to see..

Puppeteer – PS3 – Rented From The Gamefly!

Another game coming out of Sony 1st party that is getting very little advertising. Most people still think this is a move only game.. Shame… It looks really good.. You its a platform/adventure/puzler.. You play on a stage.. its hard to explain but it has something special…The demo was fun but extremely short. You might want to check it out…

Fun Fact, I play everything.. but between Hockey/F1/SBK… I can not get into them at all.. Specially Hockey.. I literally try each release every year and it always ends up with me playing for around 10 minutes and putting it back in the mail. Don’t get me wrong.. Hockey as a sport is cool.. Hockey as a console game.. Can not get into it.. And I use to love those old school Hockey games back in the SNES/Gensis days.. 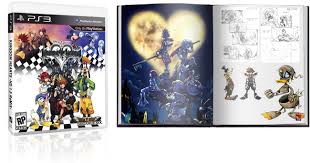 This is the second time for me owning this collection.. I owned the Japanese release.. I decided to pick this one up for that nice art-book.. Come to find out.. The art-book is its case.. That is awesome..  It also has 2 full games and basically a movie you can watch to get trophies.. all for $40.. It was a no brainier for a Kingdom Hearts fan like myself.. Come on 2.5!

And that is that.. Might pick up some PSN Releases.. No one knows though.. Shoot dinosaurs or something.. that would be cool.. Maybe..

So… What new games will you check out this week? Leave a comment.. No one Does… I will Jibberjabber back.. Maybe.. Most likely..

← Vita on TV! or how Sony Thinks the Vita might be Ouya…
To get in the Killzone while Playing Hockey with a Puppet? Mini Reviews!! →