← Pocket Alchemy! Atelier Meruru Plus… The Short review?
New Games You Say… They Released WHAT!? 9/10 Releases →

Vita on TV! or how Sony Thinks the Vita might be Ouya…

Sony Press Conference at TGS this year was a shocker.. Kinda.. Vita Love everywhere… Get ready to read!

Sony early this morning held its conference for the Tokyo Gaming Show.. Well it was early for the people not in Japan… But anyways.. It was a Vita Love Fest.

See they announced a new model vita that is slimmer… doesn’t have that awesome OLED screen and is in a bunch of colors.. We all kinda seen this coming.. They are getting into year two of the Vita Release in Japan..

And then Sony decided hey… We want to sell you a Vita.. Without a Vita.. That hooks up to your tv and plays most vita releases and other digital things.. 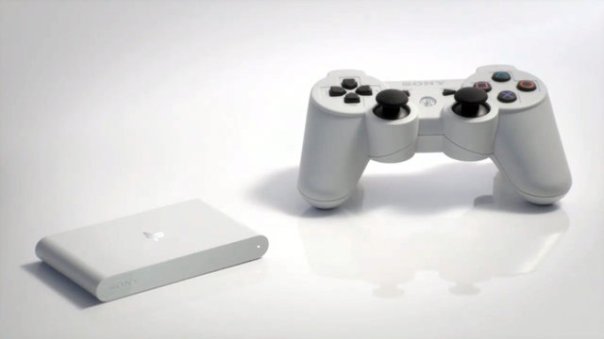 See that Little box.. that’s basically a vita.. well the vita guts put into a small box.  At first you think.. “Well that’s awesome… but how about touch screen?” Well only select vita games will work on it and some games are going to get patched.. around 100 games or so..

The price is nice… around $100.. More likely its menu will be exactly like the vita.. So it will have all your apps that are already on the vita..  You can also get a bundle for $50 more that comes with a 8gb card and a dual shock 3.. Even the standard Vita TV has a 1gb memory.. so your good to go for saves.. Everything sounds great…

But then you start to think.. I guess Sony really does think that the handheld itself is dieing… They are pushing so many games that are PS4/PS3/Vita… People are buying the games.. just not the handheld.. Its weird to think about but it happens.. People are supporting it but just not buying it..

This should open up a market. People that want to play those great vita only games but don’t care for handhelds… People like this exist… Some think handhelds are childish.. This is the Sony version of the Ouya but a hell of a a lot better and supported.

As for me.. I want one of these.. I can see a few games that would be fun to play on TV instead.. I also see people that like to stream picking one of these up. They still have not added a hdmi out on the vita.. officially.. So a box like this could be useful.

Again it will be limited, Not all vita games uses the touch or rear.. but a lot do.. and it will be interesting seeing these games patched for this..

← Pocket Alchemy! Atelier Meruru Plus… The Short review?
New Games You Say… They Released WHAT!? 9/10 Releases →