Marvel at the Spongebob? Games I played This Week? Oct 24th

Its that time of the week again.. You know.. The one time I post a week now.. Lets Find out what new junk I played! 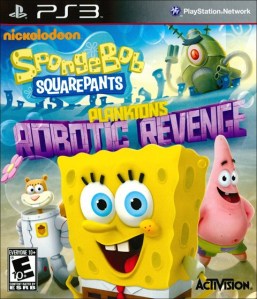 Spongebob Squarepants: Plankton’s Robotic Revenge – PS3 – Rented From The Almighty Gamefly! What Can I really say about this game that does not rip it a new one. The game starts off alright, All the voice actors from the show are voicing the characters in the game.. Plankton is the bad guy.. What can go wrong? Well everything! This game is just a copy and paste game. They build a level and just change the background up for 2 hours… The boss fights are all the same.. the level layouts are about the same.. The game is boring but short.. I say Pass 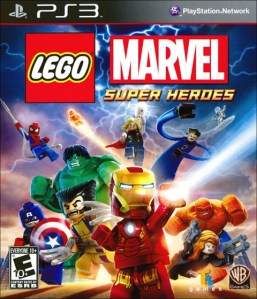 LEGO: Marvel Super Heroes –  PS3 – Rented from the Almighty Gamefly! Lego is back with another new game. This time it is Marvel themed and let me tell you this.. This lego game looks to have the most characters in a Lego release so far. The roster is massive.  This is a game for the true Marvel fan.. But for me.. I have been burnt out on Lego games for awhile. You see back in the day.. I really liked them but they started pumping out more and more and I got burnt out. I played this one for awhile and It was fun… Just not for me.. I wouldn’t put the game down and I say check it out if your into Lego and Marvel 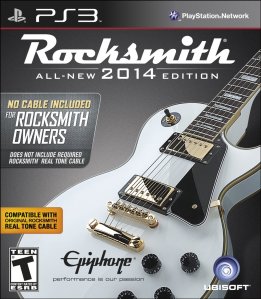 RockSmith 2014 – PS3 – I bought this game.. Miracle!
Not much can be said about this game. It plays almost the same as last years release. New tracks to master. A new feature where you can play in a digital band.. Pick other instruments that will play with you while you jam out.  Some strange speed ups at times is still in the game, Starting off can be easy but if your doing good and having the full chart come out of no where will frustrate most.. Really I just have not played this much to actually give a good impression.  If you loved Rocksmith, Check it out… If you want to learn Guitar/Bass… Check it out..

Beer Pong – PSN – I bought this game.. Sadly.. It is that classic douche bag game bro! Its that game for people that say Bro.. Bro..
It is really a mess. Graphics are alright but the controls are totally messed up.  You can play with a sixaxis controller or PS Move. You line up and flick. Sounds easy? No because you will either overshoot or go between the cups every time.. It is playable but super frustrating.. If you want to spend $5 and like Beer Pong.. Just go play Beer Pong

And that is it.. Also a few games are up on sale on the PSN… Check out Alien Breed Trilogy.. You can get it dirt cheap and it has 3 platinum’s for you people that love Platinum’s..

Also I know what your thinking.. What about Batman? Well I am getting them from the Almight Gamefly This Saturday! Both Origins and Blackgate.. So I might talk about them next week with ACIV…