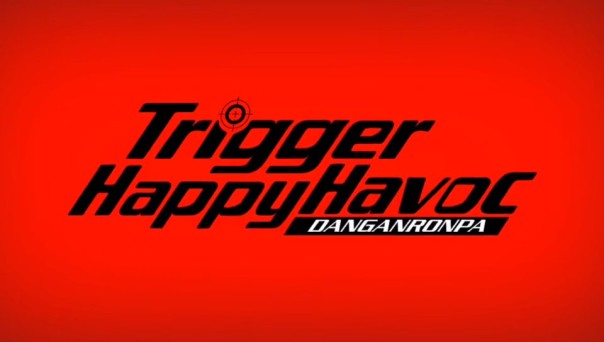 We have graphics this week!

As some of you know, a little game is hitting the Vita on February 11th.

Well.. You should just go and buy the game right now.. But if you would like to read my review for it…

Even though I say you should just go get it right now because it has “Teenagers Killing Teenager”.. That is always a plus in a game.. I wonder if they would make one with Toddlers.. This would be amazing!.. Rugrats edition.. Alright Alright.. Here is my Review.. Down Bellow.. Just read it! It has pictures!

Great you made it! You should of.. Did you go get your copy yet? Not yet? What is up with you people? A few sentences are not enough for you people? Alright It is time for a quick History Lesson!

A few years ago in the land of Japan, a game was released on the PSP. This game was called “Dangan-Ronpa: Kibou no Gakuen to Zetsubou no Koukousei” I know what your thinking.. That is one long name. Well you see this game became a cult hit and just blew up in Japan. Before you know it merchandise was coming out and then they decided to make a 2nd game! Fast forward to 2013 and The Animated series is released in Japan! At the same time Spike CHUNSOFT decided they would Reload the series on the Vita. Even if you never heard of this game.. I am sure you have seen the black and white bear before.  AND THAT IS YOUR MINI HISTORY LESSON! 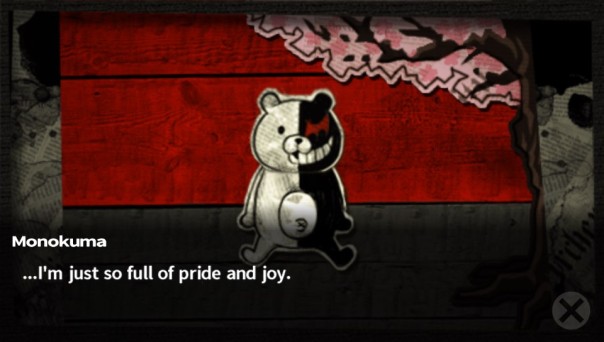 “DanganRonpa Trigger Happy Havoc” starts off simple.. ” He scares easily, It makes him so Angry, At Me”…………. WAIT! That is not it.. that is the start of ” Trigger Happy Jack” from Poe. I know.. you kids don’t know nothing about Poe.. But that song.. It kinda fits this game perfectly when I think about it.. Play the game.. Read this again.. You will get that joke.. 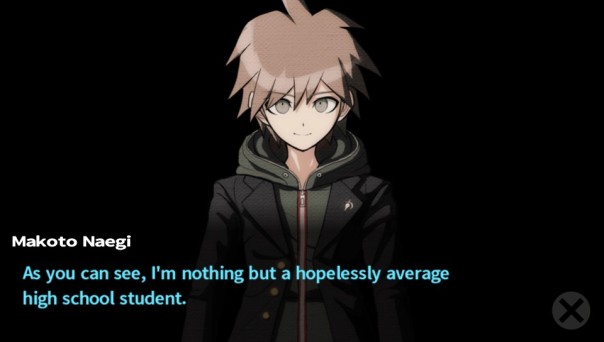 Alright lets start over, You play as Makoto Naegi, Just a small town boy living in a simple world. He gets a letter to attend a new school. You see he is a lucky winner to attend Hopes Peak! A elitist school of the best of the best and some how he is the Ultimate Lucky Student!.. he won a lottery.. Not a cash lottery but a chance of going to that school.. He is not that lucky you know.. So he goes on his first day.. and what happens.. Blacks out.. I think this kid is a alcoholic but no.. He blacked out because the headmaster wanted him to black out.. Oh yeah! Deliverance time! 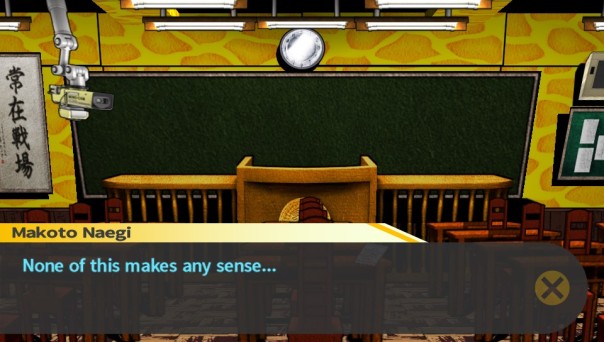 He needs to go get tested?

So you wake up in a classroom.. All by yourself.. Wondering what the hell just happened.. He looks around and the windows are all boarded up with steel plates and cameras are watching.. This sounds like some shady cam site to me.. Just look at that wallpaper… that screams free to watch but $5 a minute for the good stuff.. Back to The ROOM! Because this game is tarring me apart by now! You decide to get out quick. 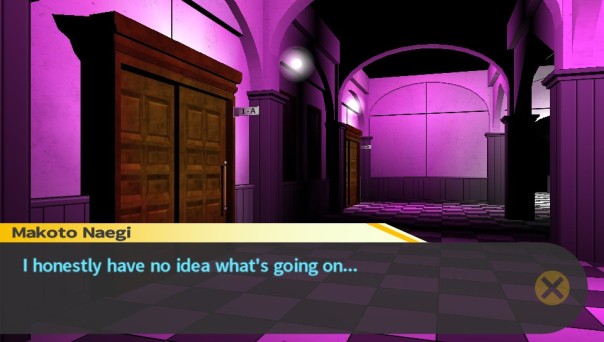 Didn’t have the cash, Got kicked out of the room..

He sees a door and exits to find out that he is actually trapped in the school.. Well you know.. Its not all that bad because he cant be late for class now.. That is a plus.. I guess..

You continue to walk around until you run into fellow students, All that have no clue of what is going on.. You have conversations with all of them and learn they are all Ultimate in some subject. 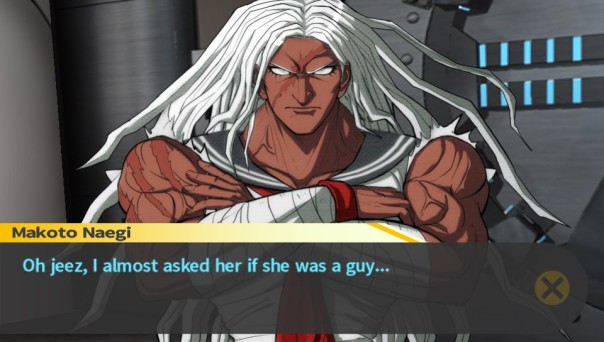 I was thinking the same thing…

Not to get off subject because this is still subject.. But couldn’t Makoto go Super Saiyan and bust threw that god damn door? Seriously… But then we wouldn’t have a game to play…

Lets go back… You talk.. And then you hear over the loud speaker to go to the Gym.. That is where you meet this little robotic bastard… 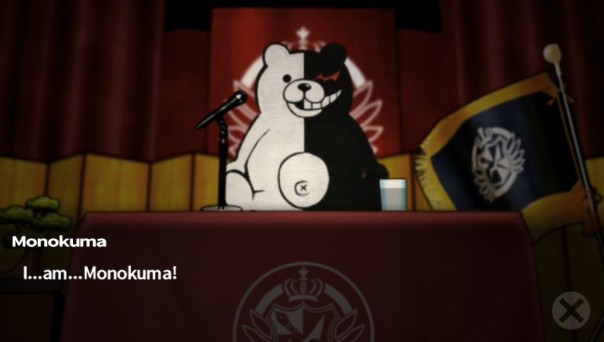 Monokuma gives you the rules, He talks about your handbook.. He tells you if you want freedom.. All you got to do is Kill a student and get away with it.. This way you will Graduate! That sounds simple… If your a god damn psychopath.. 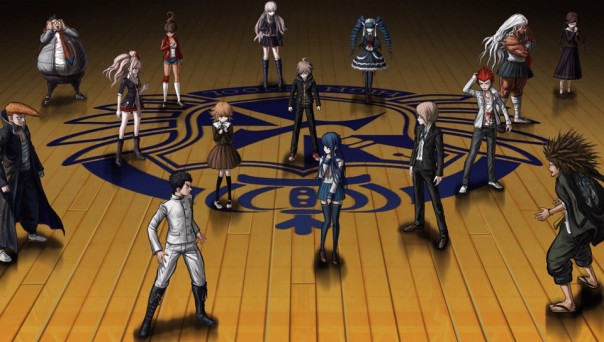 Here is your cast of characters!

Your class of 15 students, That includes yourself.. From here.. Things are going to get weird. You continue to talk to other students and go to your room for a good night rest.. Maybe it is just a bad dream..

You wake up and find out.. It is not a dream. From this point on you figure it it best to get with the others to find out what is exactly going on. This and exploring the floors available to you goes on for a few days.. Until the first Murder happens.. So.. what is this game all about… 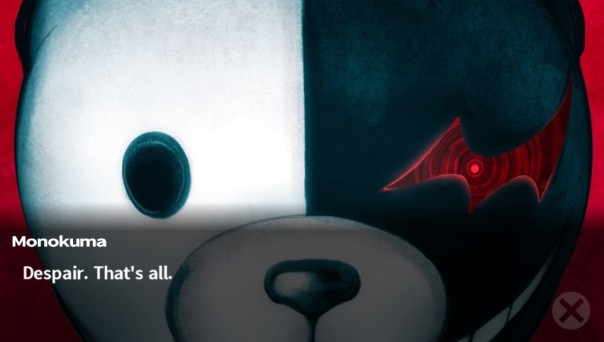 Yep.. That is it.. You see it is important for you to find out who the killer is.. Why.. Well first because there has been a Murder Sgt Angel! Second.. If you don’t figure it out.. everyone except the murder gets killed and that murder gets freedom.  Did you not know this already!

So you go out and find clues, evidence,talk to people, react to certain phrases to gain Truth Bullets! What are Truth Bullets… It is what you will use during the trial to get the truth out! I will explain this in a minute.. or two.. depends on your reading skills really..  Once you collect up all the evidence you go to trial! 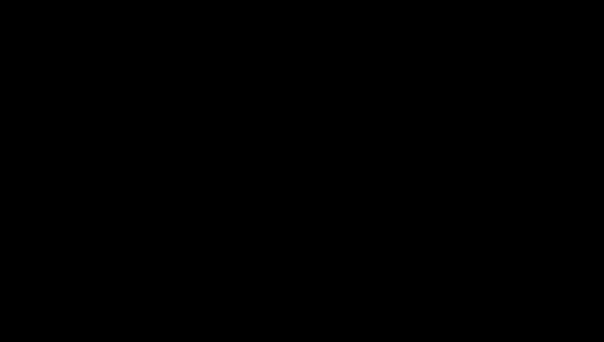 Picture has been Censored to prevent spoilers!

To be honest, I don’t want to spoil anything for you.. so this section is super basic and just a idea of what you will get into..

The Trial beings and it really is a bunch of Mini games? You have a part where you listen to people talk and if something sounds off.. Well you shoot your truth bullet at it.. Its simple.. you just load it up and kill one…Want it raw deal son, if it’s really real..  * You should listen to “Bring the Pain” on repeat during the Trial.. MethodMan or MSI.. Really.. Makes it more epic!” *

Other parts of the game involve switching truth bullets, anagrams, giving proof and a rhythm mini game debate.. You get to the end and you actually have to piece what happened in comic book form.. Case Closed. 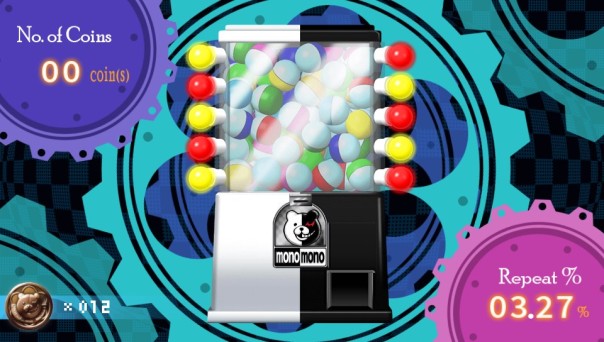 You get coins to spend and Also a really cool video plays.. and your on to the next chapter! The coins can be used in the shop to be used on the gashapon machine.. you can also find these coins but take my advice.. Don’t spend a single coin… Save them.. Save them for your Future! You will see what I am talking about once you complete the game…You also unlock a new floor during each chapter to explore! Each floor with new rooms and more despair..

And this is all I can talk about.. Yep.. I just wanted you to get the basic point of the game.. This is a Murder Mystery Novel game.  Be prepared to read and think.. You will need it..

My Opinion.. I guess the real review part?

The game is more then just what is above.. It gets a bit deep and a bit crazy. It has a Prologue, 6 Chapters and a Epilogue.. Each chapter takes at least 2 hours to go through. This depends on your reading speed and if you run around every where or use the quick travel points using the map.  I think i did it around 14 hours.. but.. your not done..

Since we got time out of the way, Lets talk about everything else. 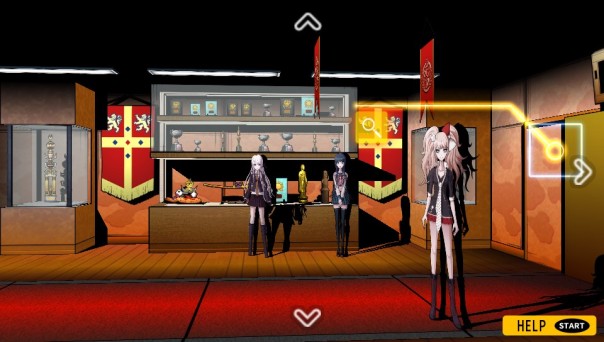 The graphic are a bit unique, At times it is like your standard novel game.. Flat but pretty.. but other times it is like a pop up book. Also it has some of the best cut scene animation I have seen in a game for awhile.. Seriously they are pretty bad ass and just fit the game.

Audio is iffy to me, From the start you can pick English Dub or Original Japanese. The problem is.. Not everything was recorded.. You have grunts and a few word sayings in the English side.. A few sentences at some points and then silence. The trial is fully done but those are about the only spots like that.. So yes you will have to read everything. This doesn’t bother me.. but might bother some.. but anyways.. this is a novel mystery game.. Get over it!

Controls are weird at first.. Its fine in the main game.. You can use the sticks to move around and x to select.. I usually left the map up in the hallway to move around.. In some conversations you can hit triangle on certain words to go deeper in the conversation..  Or you can just use the touch screen by just touching things..  Now when you get into the trials.. It gets a bit weird.. Some of the stick controls are best.. some of the touch is best.. but you need to read all explanations.. Or you will get messed up.. It might take some tinkering to get the flow.. for debate I used the sticks and then touch to shoot the bullet. For the rhythm game.. I would use just face buttons of X and Triangle…

Now I get to the ” Your not done yet” part.. Once you complete the game.. You can play through it again… Or play something else.. Something completely different that is in the game.. That will eat your time away like it was crack…

I will not get into too much detail of this because again.. No spoilers but another mode unlocks after you beat the game.. A mode that is about crafting and making monokuma happy.. and micromanagement.. It is basically another game that will easily give you a bunch more bang for your buck.

Over all NISAmerica did a great job bringing this over and I enjoyed it very much. It is safe to say this is my Favorite game so far this year on the Vita and I am sure it will stay in my top 3 Vita release for the year. Unless we have a damn good year.. has to be really damn good for it to bump it.. really damn good..

Again this might not be for everyone but if your into games like Phoenix Wright or VLR.. You do not want to miss out.. Or if you like games with Highschool students get killed.. Who Doesn’t!

So are you getting it? Yes or No? Let me go load the gun.. Lets have fun.. Hope they bring the second game over.. It is all tropical.. What can go wrong!

Danganronpa Trigger Happy Havoc is by NisAmerica and Spike Chunsoftfor the PlayStation Vita for $39.99. You can get it from your local store,online stores, PSN and from the official NisAmerica Store.

Disclaimer! The fine people at NisAmerica was nice enough to supply a review code for me to play.. It was nice of them.. Really.. It was..