← Dezkly ZQuestion Interviews Boogie2988?
Do you want to Catch a Demon? Demon Gaze The Review! →

That Review for “That Trivia Game”!!!! 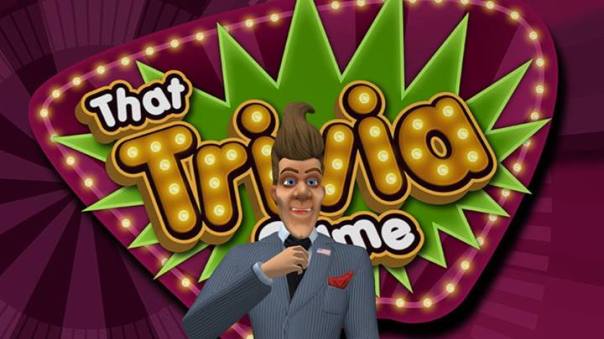 Trivia Time! What Trivia game recently released on the PSN for PS4?  THAT TRIVIA GAME!

I know your shocked right now.. a Trivia game on the PS4.. Out of no where! Is it worth it?

Well read down below to see! It has a bunch of pictures.. I know you love pictures..

“‘That Trivia Game” or TTG is a basic trivia game in ever aspect but before I get ahead of myself I would like to share the way of the TTG Land. 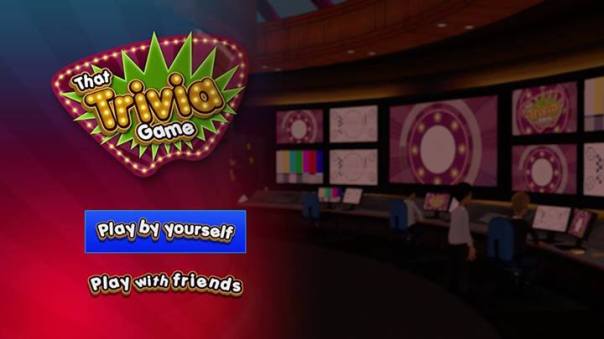 You start off the game with a simple choice, Play by yourself against the AI or play with your friends. Now playing with your friends will require multiple controllers since this is local multiplayer only.

Once you have made your choice you get to pick from 6 characters and a color scheme for your character. You also will be able to enter your name and pick your buzzer sound. All familiar setup if you have played other trivia games.. Like Buzz for example. 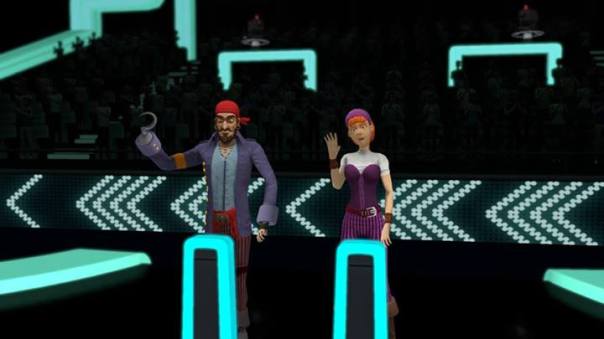 A screen pops up with basic controls and notifying you about the light bar color changes if you answer correctly or not. This is all smooth with almost virtually no loading time.. It is basically ready to go when the screen loads and ready for you to hit Triangle to start the game.  Before you know it your off to play! 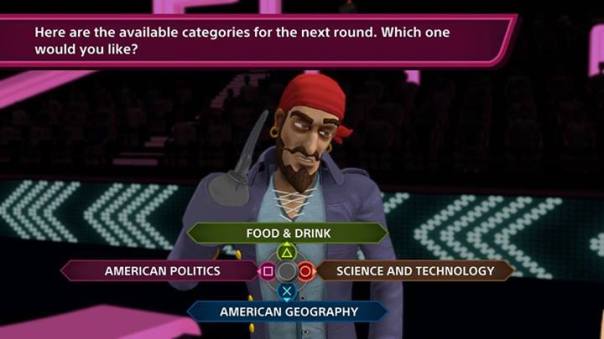 The category choices come from a good random verity of choices, from History,Music, Geography,Science  and Pop culture type categories. 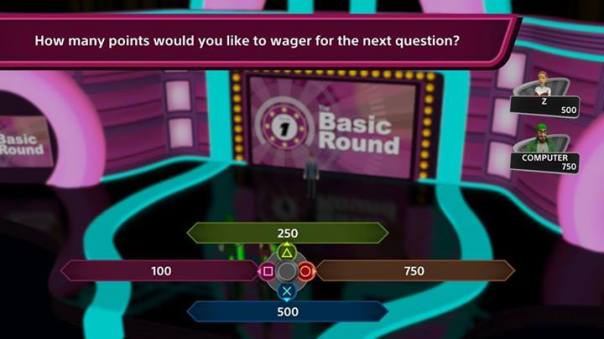 The first round of the game is the Basic Round. You pick your category and you just answer the question as quickly as possible. All players can bank points in this round since it is not a ” Who buzz first gets the points” situation. The strangest part of this round is the end. You see you get to wager points but sadly this is the only round that you can do this in..  You would think they would do this at the end of some of the other rounds but they don’t. 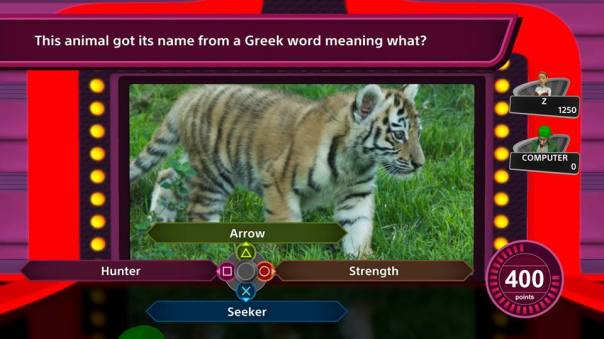 You move on to another round and get to chose a new category. Now the categories that you did not pick from the previous round are still to be picked with a replacement category. It works like this for the entire game. You go through two more rounds that differ a bit, from the game removing wrong answers but for lesser points or who can answer the fastest. 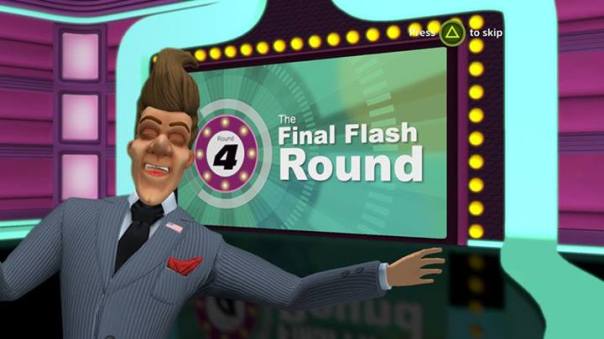 The Final round actually plays a bit like the final round in “You Don’t Know Jack!”. A question pops up and the answer/wrong answer flashes on the screen for a second or so at a time. If you select the right answer you get the points.. but if you select the wrong.. you get negative points and the question continues until someone gets it right or runs out of time. 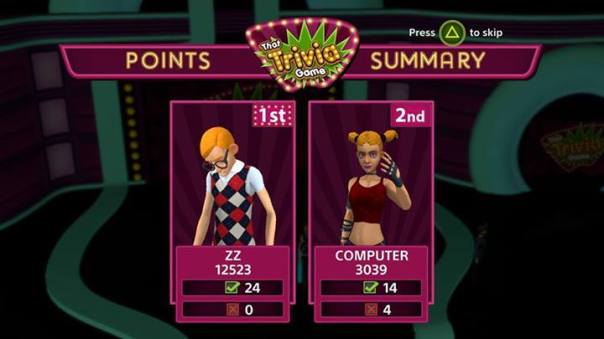 Before you know it.. The game is over.. You won.. or you lost.. but one thing is true.. You will want to play again!

Now it is time to get to the Review part of the Review?

I know what your thinking.. ” Your screen shots.. looks a bit dated..”

Your right, the graphics are not the best but they are fine for a trivia game. Yes they do look a bit like something you would see on a IOS/Android or on a Digital Slot Machine game. But to be honest this did not bother me at all and after watching the credits.. The developers were a super small team and this is totally fine. It is a trivia game and that is what should be focused on.

What about the trivia you ask? Well I played several games and never experienced a repeat question.  The questions can be generally easy to extremely out of no where hard. But it is a good balance that will make you want to continue playing. I did not find any false answers and everything seemed to be correct.

All Questions are read by the game show host. This is a nice touch.. Specially if you are not a quick reader. Most questions are well.. Just text but everyone in a while you will get question with a picture to mix it up a bit.

Now the Rounds are always the same.. Nothing fancy here.. But at the same time this makes it easier for non-gamers to pick up and enjoy. The AI is sharp and will mostly get the easier questions correct. The AI seems to stay around what points you have for a challenge but never gets points crazy.

The game runs pretty great, No lag or slow loading.. Its all almost instant. The only glitch I have experienced is on the trophy side but can be easily fixed. The 12250 points in a single game trophy seems to be glitched. But again this will most likely be fixed before you know it.

Some might think negative about this game is the lack of Online Multiplayer. Now I do understand why they did not have one.. If you have every played Buzz online.. you would run into the same questions over and over again.

I do wish they could allow the use of the Move controller for local multiplayer. So far you can only use your DualShock 4. So if you want to have 4 people play.. You will have to have 4 DS4.

“That Trivia Game” is a solid trivia game. Yes graphics are a bit dated and it is local only but it has charm. With games only last 10-15 minutes.. It is easy to pick up and play.

I had a bunch of fun playing and it will always have a home on my PS4..

Published and Developed by TheGameRoom.Com and Happy Dance Games

Disclaimer – I was provided a review code by a really nice PR Person.

Posted on April 17, 2014, in REVIEWS! and tagged PS4, PSN, That Trivia Game, Trivia. Bookmark the permalink. Leave a comment.

← Dezkly ZQuestion Interviews Boogie2988?
Do you want to Catch a Demon? Demon Gaze The Review! →