← What New Releases I will Play this Week? August 26th!
Bring out your Free Games! EU Plus for Aug 28th! → 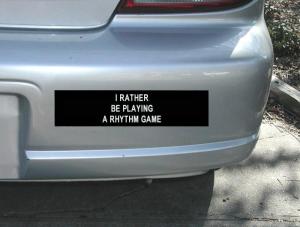 Project Diva F.. Is Finally landing in English today… And you should buy it… If you want Rhythm games to live…

As many have known, I am a fan of Rhythm games.. from Amplitude/Frequency/DDR/BeatMania/Parapa/Taiko/OSU!/GuitarHero/RockBand/bustamove/gitarooman… I could go on and on about them.. 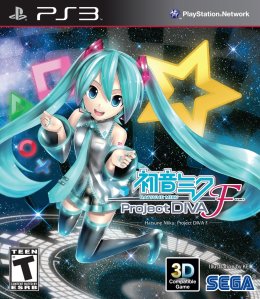 Are you man Enough?

Launching today.. Hatsune Miku Project Diva F.. for the PS3.. IN ENGLISH for North America and United Kingdom!  Everyones group of computer singers are back!… But does anyone care?

The response for most have been positive.. but a few.. It will take a little more then just being a “rhythm game” to win over.  And this is a bit of a problem…

You see.. Rhythm games are slowly dieing… We are seeing less each year and this was a shocker that Sega would bring this very hot but very Japanese title to the west. But “Why” you say?

Well Vocaloids have a huge following in Japan.. they want that following to happen around the world.. and this will be a great way to expose people.. But “Why Now”?

After several PSP releases… a few PSN releases on the PS3… Why is this one the first? To answer that.. You would have to ask Sega.. Will those old releases come over to the west.. Most likely not.. But to get back on track..

As a owner of the original psp releases.. I snatched up the Vita release on Japanese launch and then later on the PS3 release.. And let me tell you this.. This game is fun.. Like the music or not.. It is pure fun for anyone that is into Rhythm games.. Hell.. Play with the sound down if you want…

The game comes with almost 40 Tracks.. Mostly Pop sounding since most Vocaloids are Pop.. a few tracks are a bit heavier but most are happy sounding and upbeat… a few of the harder sounding songs are on the psp releases and you never know… Sega might bring more tracks out as DLC..

The game has 4 difficulties and each ramp up.. Easy,Normal,Hard and Extreme..

You start out by playing on Easy or Normal… Once you beat the song.. It unlock that song on Hard.. Once you beat it on Hard.. It unlocks Extreme.. But be warned you are going to want to play a bit on Easy at first.. Just to get the hang of everything..

At first your hitting a few buttons.. you think its easy.. you flick the sticks for stars.. you hit your square or circle button… You move onto Normal.. You get arrows… You hit the dpad direction with the square or circle… You might have problems with this but… you learn.. then you jump into Hard… you find out that the game has a hell of a jump for the unexpired.. You are now hitting all the face buttons on the controller..

You can use special items to help with your score and your grading.. These do help on the hard difficulty.. Like any rhythm game.. your rated on well.. rhythm presses and streaks.. These build up… Give you a higher score.. you should know how these work by now…

If your lucky… you will pass.. if not.. you will play again.. But you will earn points for your Miku and Friends… you can buy them stuff… dress them up… all types of fun stuff that most of you wont mess with because face it… We want to just play the music part… Unless you care about trophies.. then Save away.. because you will need all the points you can get to pop them trophies!

The game has verrity.. Miku is not the only singer in the game.. Several are in the game.. You can dress them up.. Play with them.. Even make your own track and share online… You can play other players stages also! I made a track with Miku dancing to Deftones – Passenger in the Japanese release…

The game has a bit of content for the asking price tag of only $50 at retail and will also be released digitally on the psn.. if your into digital things.. instead of being on a disc..

Bottom Line.. I suggest this game.. If your a rhythm fan.. Pick it up.. Don’t lie to yourself.. We need more rhythm games! It is sadly a dieing genre… but Miku might be able to save it.. and maybe more will show up to save the day..

← What New Releases I will Play this Week? August 26th!
Bring out your Free Games! EU Plus for Aug 28th! →